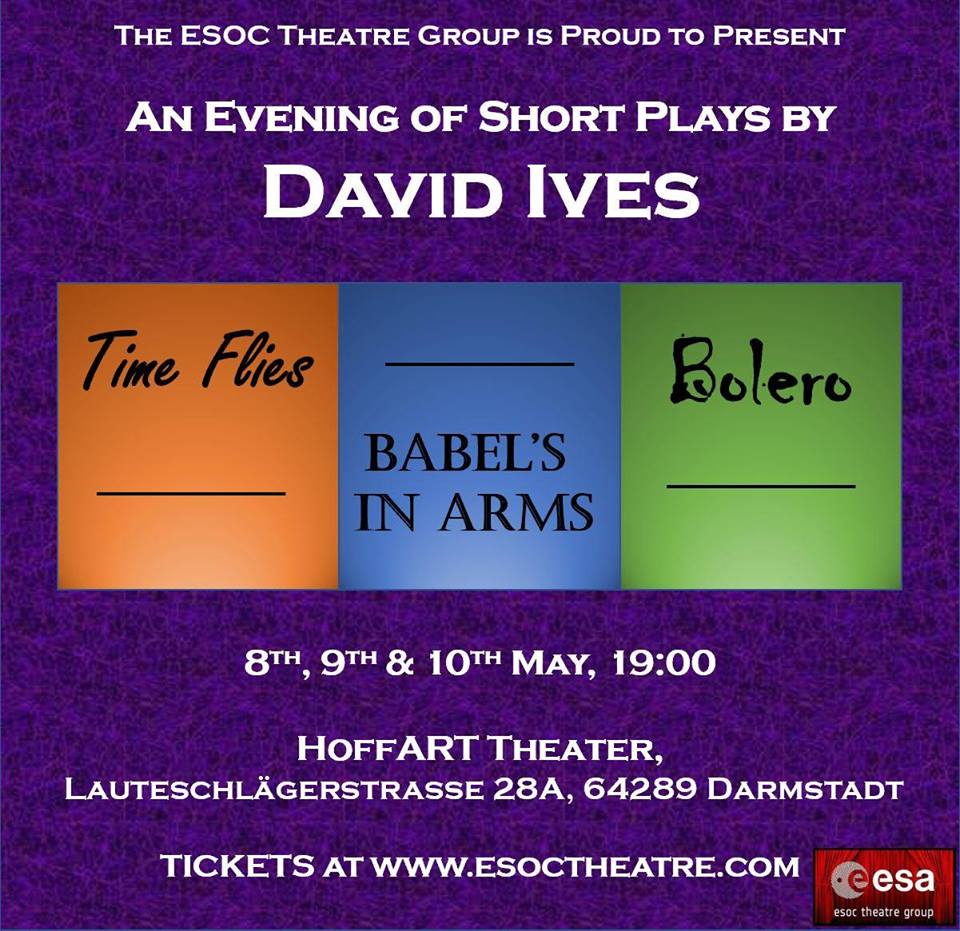 Time Flies
In this hilarious one-act play, two mayflies try to make the most of their short time on Earth.

Babel’s in Arms
This comedy focusses on two blue-collar Mesopotamian construction workers who are handed a provocative task: Build the Tower of Babel—or else.

Bolero
A psychological thriller unfolds when a woman’s world threatens to come apart in the middle of the night, as she and her husband hear strange sounds and voices coming through their bedroom wall.